Koh Phangan (or Ko Pha Ngan, Ko Pha-Ngan in Thai spelled as เกาะพะงัน) is part of the Suratthani province and is located in the Gulf of Thailand (in the South East of Thailand). It is the center island of the Samui archipelago, stretching about 15 km north to south and 10 km east to west.

Ko Phangan has two sister islands; Koh Samui in the south and Koh Tao in the north.

A large proportion of Koh Phangan is covered by coral reef fringed beaches, tropical rainforest and coconut groves.
Fishing and coconut production are still an important source of income, together with tourism.

The relaxing beach life, the beautiful coral reef with photogenic fish and the beauty of thousands of swaying palms attracts a lot of visitors.

Koh Phangan still has the island feel that many other places lost because of overdevelopment.

The island is renowned for its relaxed special atmosphere which brings people from all over the world back every year. 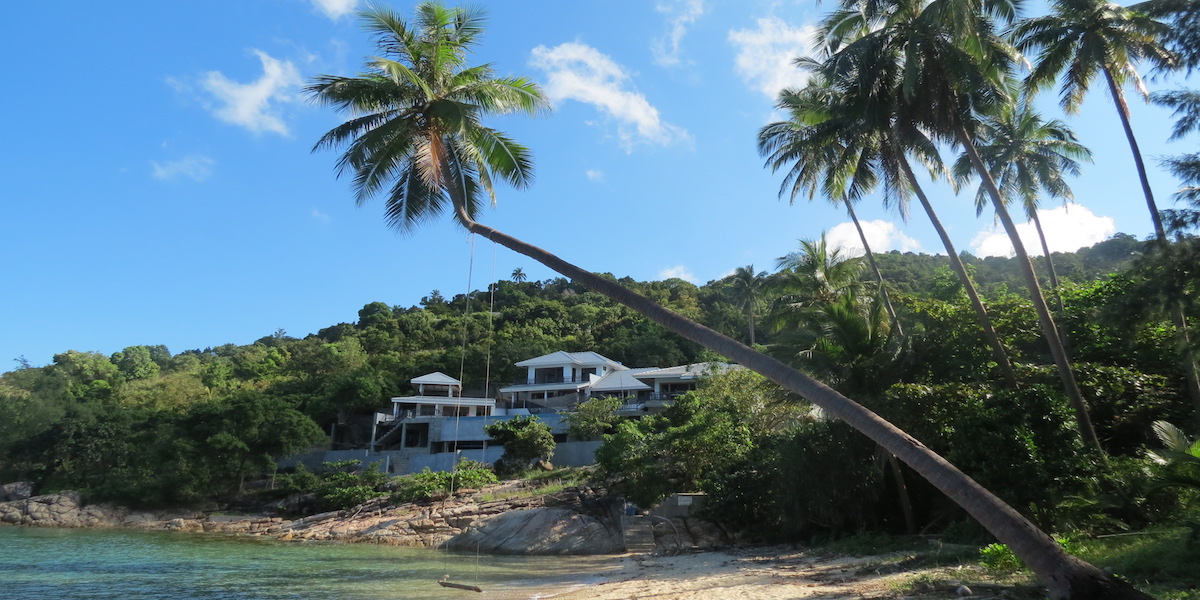 Archeological evidence showed that there were settlements of people on Koh Phangan and Koh Samui already more than 2000 years ago.
The oldest temple on the island, Wat Phu Khao Noi was founded around 1400 by Buddha monks that discovered Koh Phangan and found it a spiritual place.
Koh Phangan was honored with visits of four different Kings including the reigning monarch, H.M. King Bhumibol (Rama IX). The Great Chulalongkorn (Rama V) is said to have visited the island 14 times between 1888 and 1909.
The first tourists on Koh Phangan discovered the island in the early eighties and they were mainly hippies and backpackers.
In the end of the eighties the first party with full moon was organized on Haad Rin beach by the Thai owner of Paradise Bungalows. It was a small birthday beach party with a campfire and some guitars. The party was a success and slowly the word spread and more and more people discovered the beauty of partying under the light of the full moon until sunrise.
Over the past 20 years the Full Moon Party grew into the incredible outdoor dance festival which it is today. The party had a huge influence on the popularity of Koh Phangan and made it into one of the “must see” places for tourists in Thailand.
Koh Phangan featured prominently in the novel “The Beach” written by Alex Garland in 1997 as well as in the movie with Leonardo di Caprio which was based on the book.